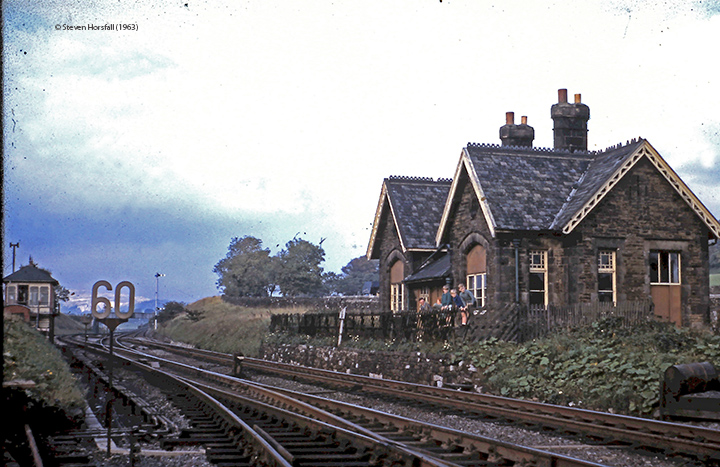 The structure to the right of the image is the former booking office for Settle Junction Station. The people stood in front of the building are Peter Boocock, his wife and two sons and a young Steven Horsfall. This building has long since been removed and the area is now used for parking by the signalman and Network Rail work teams.)