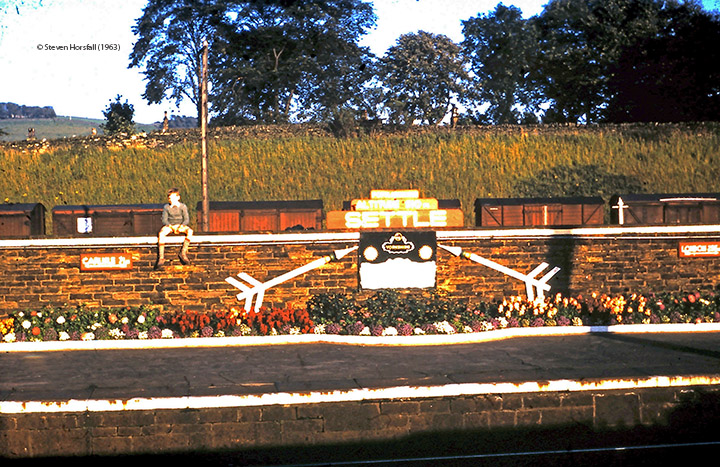 The young boy sat on the wall is Steven Horsfall.  Note the sidings behind the wall that have long since been removed.