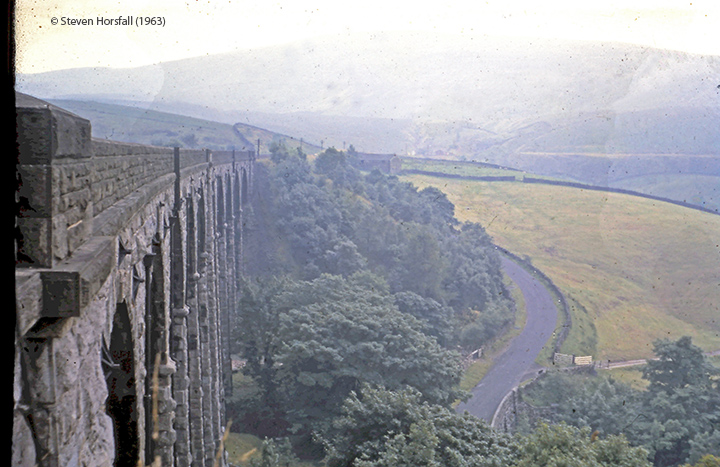 A view looking towards Blea Moor tunnel (north portal) from the northern edge of the Viaduct.  The road in the shot is Dent Head Road which passes under Bridge 76 - Dent Head minor road- structure ref 251100  - see https://www.foscl.org.uk/content/scrca-image-251xxx1963-xx-xxsho-bucontext-s-01