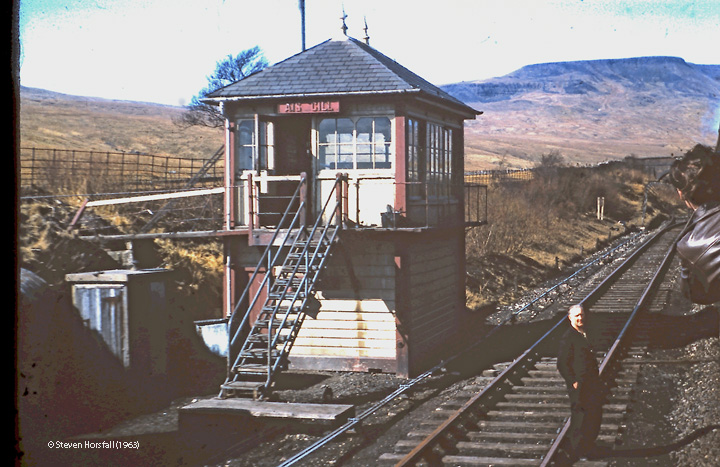 Peter Boocock is seen filming from on board the train.