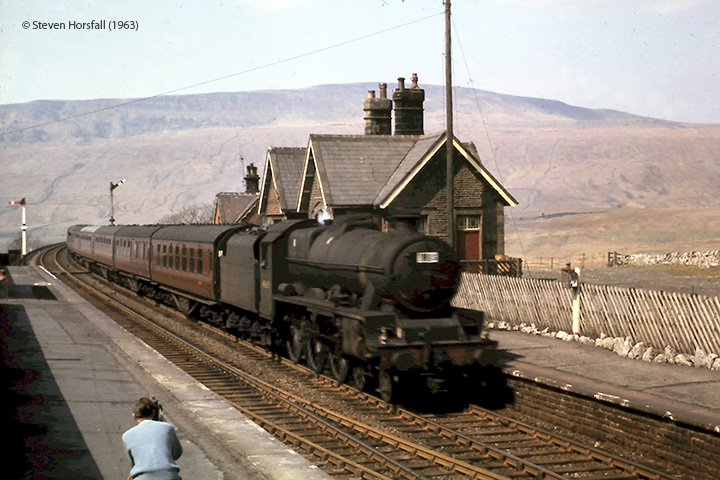 This image shows Peter Bocock filming an up-express, which it has been suggested that as it is carrying train no, it may be an additional working engine, a Jubilee.