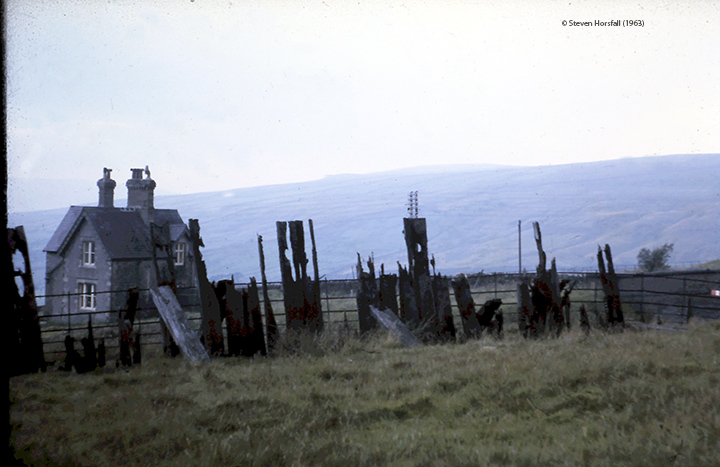 Seen in front of the House are the snow fences looking in very poor condition.