Lamp huts were small buildings that were constructed to store lamps and lamp oil, plus the tools and spare-parts needed for lamp maintenance and repair.

Within the SCRCA (and across much of Britain’s railway network) lamp huts generally conform to a standard design. They are typically oblong structures manufactured almost entirely from overlapped sheets of corrugated metal (either iron or galvanised steel) featuring:

A ventilator cowl was usually fitted in the centre of the roof of these structures to prevent a potentially explosive build-up of fumes from the lamp oil.

Initial research by volunteers at the Midland Railway Study Centre indicates that lamp huts of this type were manufactured to a standard design (or set of designs) by a variety of different (usually local) companies. In some cases, the original lamp huts were replaced by non-standard variants. A good example of this is Hellifield South Junction SB Lamp Hut / Oil Store.

As large numbers of lamps were needed to illuminate signals and to provide lighting for station buildings and platforms, lamp huts of this type were generally located immediately adjacent to both signal boxes and railway stations.

Within the SCRCA, there were also at least three stone-built variants that are labelled as 'Naptha Stores' on the Midland Railway Company's 1911 land plans. All three of these were located near the entrances to railway tunnels. For further information about 'Naptha Stores', see the related article 'What were naphtha stores and why were they necessary?'. 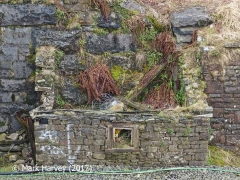 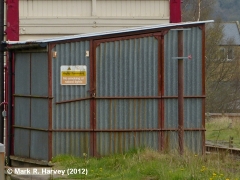 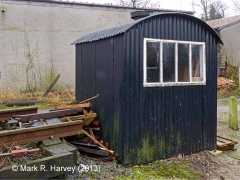 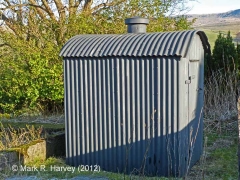 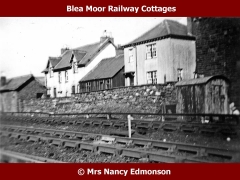 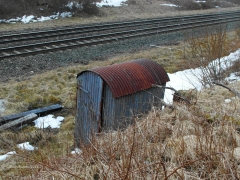 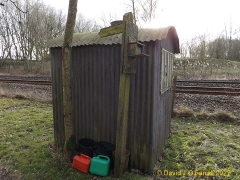 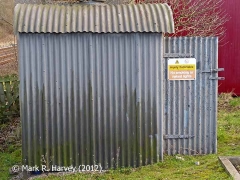 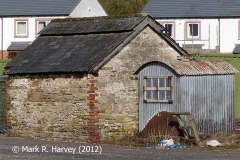 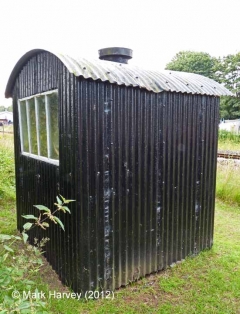