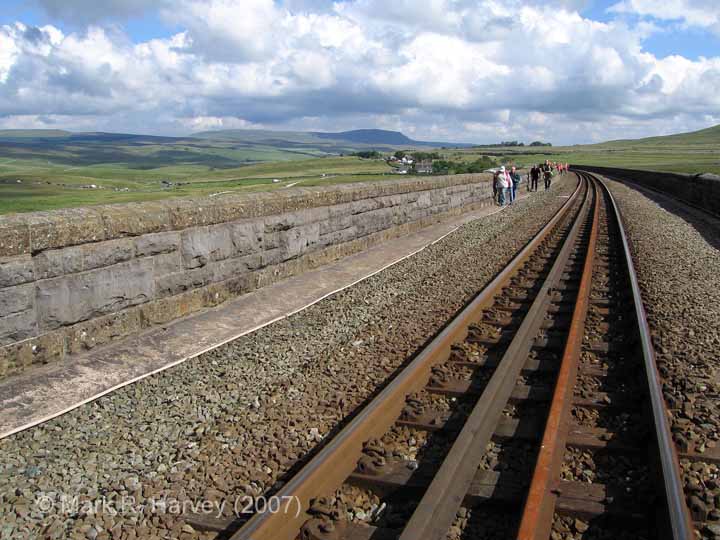 This photograph was taken during the specially organised "Ribblehead Viaduct Walk" event on 22nd July 2007. The line was closed for engineering works and specially trained guides were authorised to accompany pre-booked groups across the viaduct under the close-supervision of Network Rail personnel. The photographer was one of those guides.

Note the height of the parapet wall compared to the people walking alongside it. It was built slightly higher than usual to help deflect strong winds up and over trains crossing the viaduct.

The two extra rails running along the centre of the track formation are catch-rails, designed to keep trains centered on the viaduct in the event of a derailment.

The hill on the horizon is Pen-y-ghent.