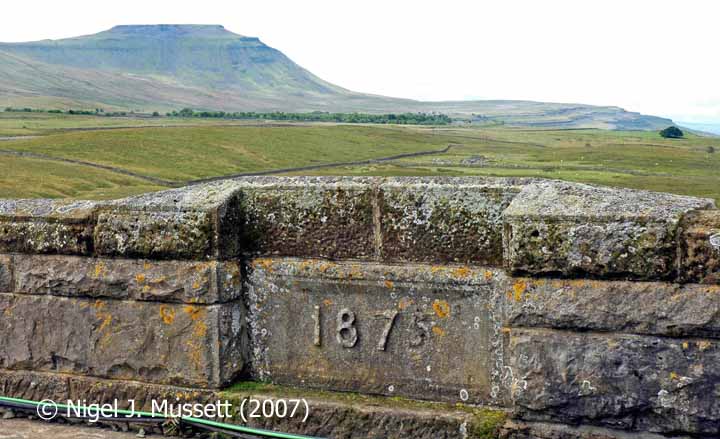 The flat-topped hill in the distance (top-left) is Ingleborough.