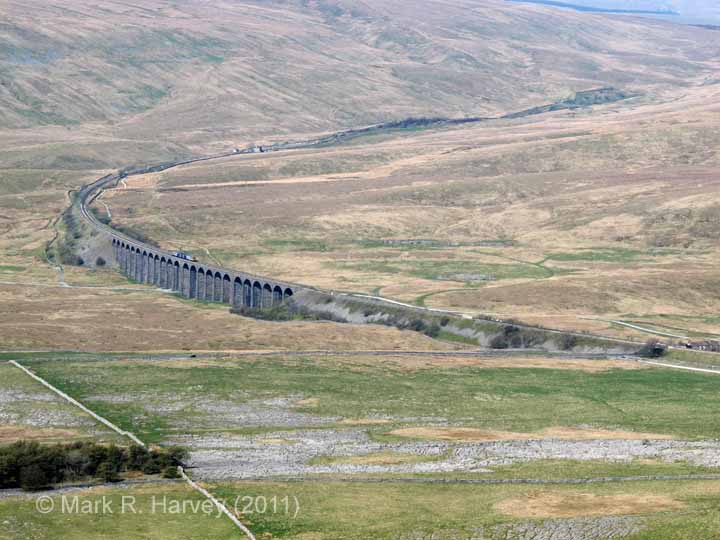 The context view of Ribblehead Viaduct from the south was taken from the summit of Park Fell. The B6255 can be seen running horizontally across the image approximately one-third of the way up. Approximately two-thirds of the way-up, the signalbox and former worker's cottage at Blea Moor can be seen left of centre while the railway can be seen to disappear from view as it enters Blea Moor tunnel close to the right-hand edge of the image. A train (class 158 diesel multiple unit) is just visible on the viaduct itself.