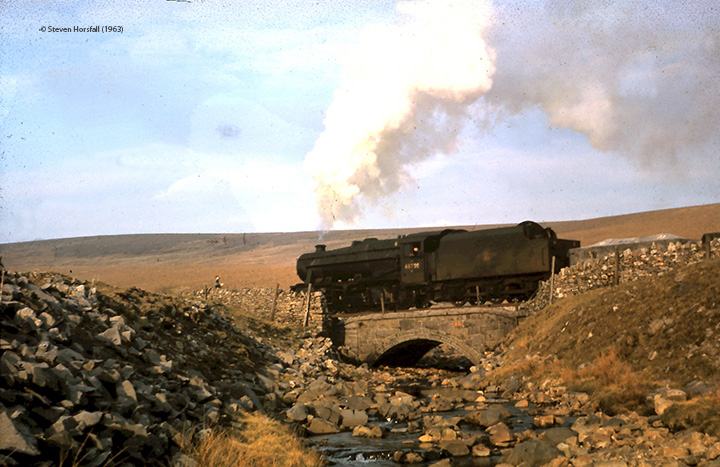 This is one of a number of images kindly donated for use on the SCRCA project by a Friend of (and volunteer on) the Settle and Carlisle Line, Steven Horsfall.  Steve’s father and friend took the images in the early 1960s, probably 1963 and show many structures that have since been removed or changed.  This particular bridge has cjanged significantly as can be seen by comparing this image with recent ones from Mark Harvey.

The young boy waving to the train driver is Steven Horsfall.