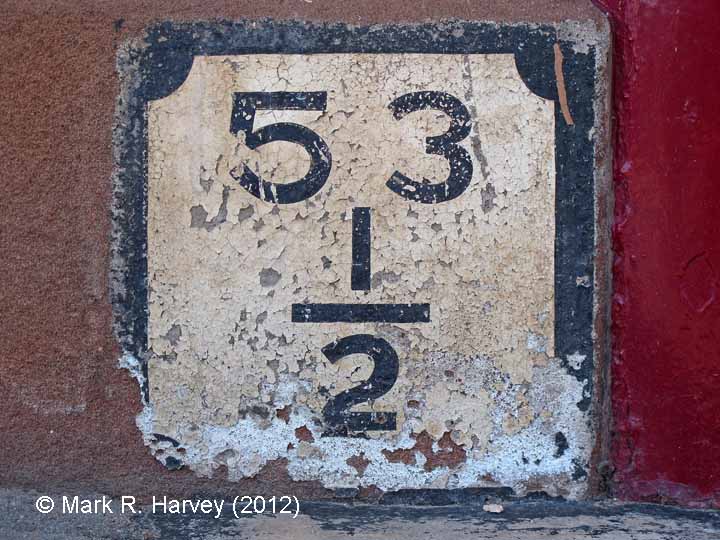 This mile-marker painted on the platform-facing wall of the booking office pre-dates the re-mileageing exercise carried out by the Midland Railway Company some time around 1902. The original mileage depicted here is that from Settle Junction, the original 'zero-point' for the Settle-Carlisle Railway. With the re-mileaging exercise, all mileages throughout the Midland Railway Company's network were recalculated from a common zero-point, namely London St Pancras. Langwathby station is officially 288 miles and 23 chains from London, as evidenced by the 288¼ milepost (structure 288250) which stands at the south-east end of the Up platform.