The evidence currently available suggests that this quarry was opened specifically to provide gritstone for use on the project to construct the adjacent sections of the Settle-Carlisle Railway.

To date, no evidence has been found to suggest that gritstone extraction continued after the conclusion of the railway construction works.

There is clear evidence to suggest that most, perhaps all, of the gritstone extracted from this quarry was crushed to create aggregate. This would have been mixed with crushed shale, burnt lime and water to create the concrete and mortar needed to construct many of the railway's key structures. (There is no source of building sand or gravel in the Ribblehead - Blea Moor area and transporting such a bulky material from further afield would have been prohibitively expensive.)

There are some larger beds of gristone in both of the exposed faces and it is possible that some of these could have been worked to extract stone in block form. The resulting blocks may have been dressed and used for the string courses and coping stones on bridges (including Ribblehead Viaduct) and / or for the walls of the station building, waiting room and Station Master's House at Ribblehead Station. However, these were all constructed after Ribblehead had been connected to the Midland Railway Company's network further south, so gritstone for these purposes could have been brought-in from further afield. 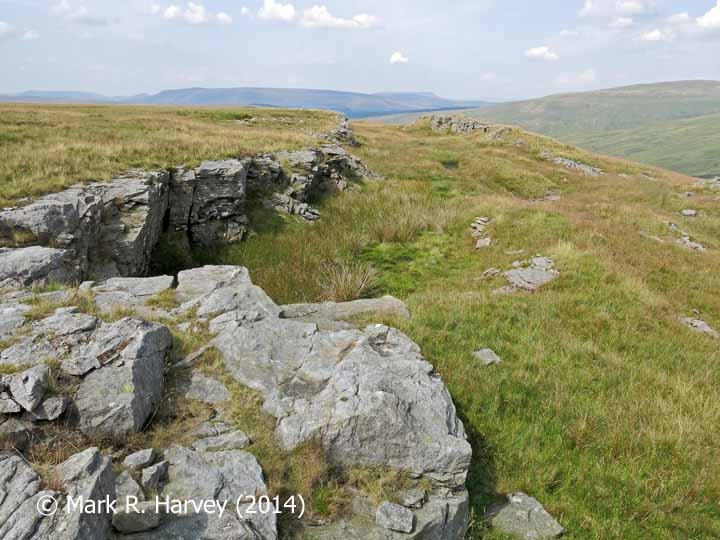 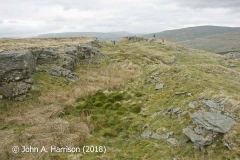 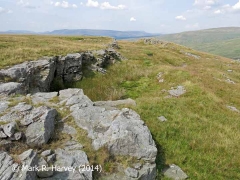