Lie-by sidings and loops are relatively short lengths of railway track laid parallel to the main line and connected to the main line via a turnout (set of points) at one end (lie-by sidings) or both ends (loops). Their primary purpose is to allow slow trains to be temporarily diverted off the main line (set 'aside') so that faster trains can overtake them (hence the term 'siding').

When the Settle-Carlisle Railway was originally constructed, the Midland Rail Company's standard operating procedures required facing points to be avoided wherever possible. As a consequence, lie-by sidings were commonplace, but loops were very rare.

Lie-by sidings are accessed via a single turnout (set of points). Trains running on the mainline can only access them by passing them, stopping, then reversing slowly backwards into the siding. This is a time consuming process but, in the days before reliable 'facing-point locks', this was considered to be an essential safety precaution.

During the Second World War, the railways were operating at saturation point and it was necessary to speed-up the process in order to increase capacity on the mainline. Facing turnouts were added to most lie-by sidings, thereby converting them into loops. Slow trains could access these loops without needing to reverse (a much faster operation).

The following examples from the SCRCA Project database illustrate this location variant. Locations are only displayed here if they have been 'assessed' and if a default image is available.   Show / hide tips 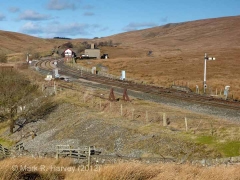 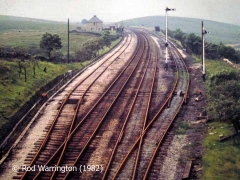 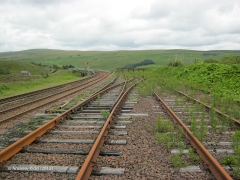 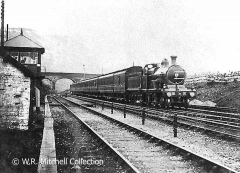