The railhead at Ribblehead is a re-use of the redundant Ribblehead Quarry Siding (SCRCA ID 247260).

The quarry siding became redundant when extraction of limestone at Ribblehead Quarry ceased in the 1960s due to declining demand. In 1998, Hanson Aggregates formally gave-up its mineral extraction rights, leaving "23 million tonnes of high-quality limestone" unexpolited. The company converted the quarry into a nature reserve before transferring ownership of the site to English Nature in 2000. This left the former quarry sidings without a purpose. However, in 2010, the Tilhill Forestry Group began to use the sidings as a transhipment point for timber being felled in the large coniferous plantations on nearby Cam Fell.

In 2013, Hanson UK began to use the railhead as an occasional transhipment point for "stone scalpings" (dust and small pebbles). Lorries transport the aggregate from Ingleton Quarry and tip it into piles beside the railhead sidings. Bucket loaders are used to transfer the stone into rail wagons and the full trains are hauled by freight locomotives (including classes 56, 66 and 60) to Hanson's asphalt depot at Hunslet, near Leeds. (The trains reverse at Blea Moor.)

The long-term future of the transfer sidings looks promising as the Yorkshire Dales National Park Authority included the following statement in a public consultation document for its 2014 Local Plan:

"Railhead safeguarding is necessary to ensure that quarry and forestry operations can be rail connected so as to reduce reliance on road transport of their products. There are two existing operational railheads in the Park (Swinden Quarry & Ribblehead sidings) and two proposed railheads (Arcow Quarry & Horton Quarry)." 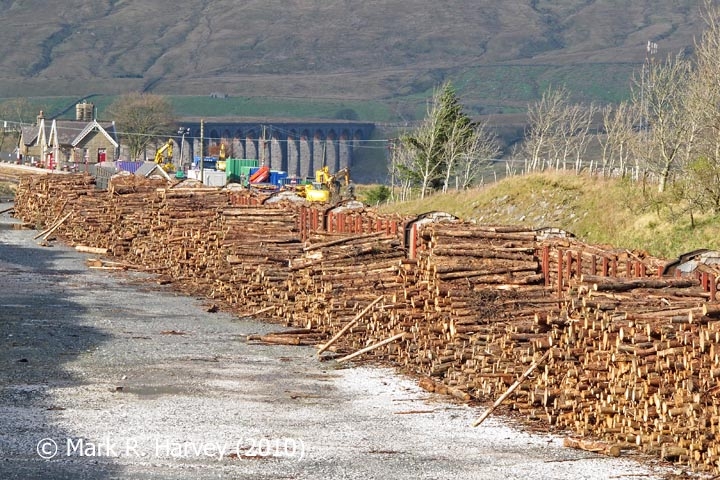 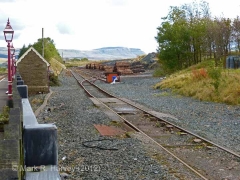 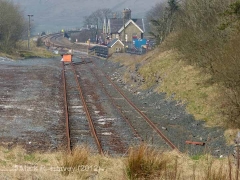 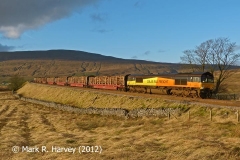 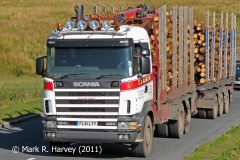 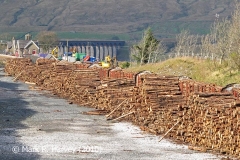 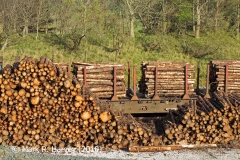