This stone-built 'memorial cairn' was constructed in 1992 to commemorate the building of - and repairs to - Ribblehead Viaduct. It serves as a combined seat, viewpoint, information point, memorial and warning notice. Unfortunately, the original plaques were stolen (undoubtedly for their 'scrap value') and the stainless versions shown in the photographs were installed in 2005.

The main plaque on the cairn top reads:

RIBBLEHEAD VIADUCT
Refurbished and re-dedicated by Network Rail and the Friends of the Settle Carlisle Line in 2005.
This viaduct, built between 1870 and 1875,was fully restored in three stages between 1988 and 1991 by British Rail with the support of the following organisations:
English Heritage, Settle and Carlisle Railway Trust, Railway Heritage Trust, Friends of the Settle Carlisle Line, Cumbria County Council, North Yorkshire County Council, Yorkshire Dales National Park, Lancashire County Council, Eden District Council, Craven District Council, Calderdale Metropolitan Borough Council, Carlisle City Council, Settle Town Council, Bradford Metropolitan Council, Skipton Town Council, Richmondshire District Council
This cairn, built to commemorate the completion of the repairs and in honour of those whose toil both built and renovated the viaduct, was unveiled by Roger Freeman M.P. Minister of State For Public Transport on June 15th 1992.
Beware Falling Masonry
Although now fully restored, the limestone used in the construction of the viaduct has a natural tendency to flake.
There is a continued risk of falling masonry.
Please take care when walking at the foot of the viaduct. 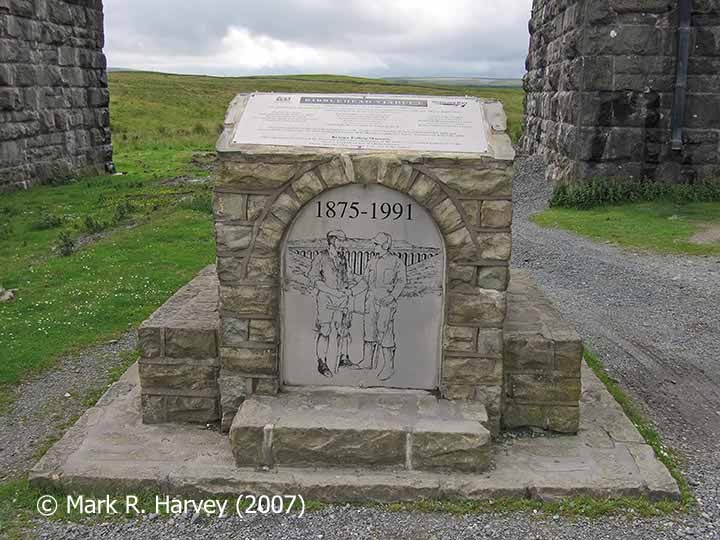 The information quoted below has been extracted from the relevant List Entries in 'The National Heritage List for England (NHLE) (https://historicengland.org.uk/listing/the-list/).

Tip: To open the full extract, click / tap on the List Entry Number in the left hand column. 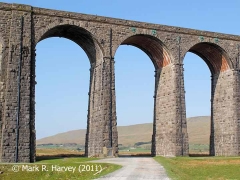 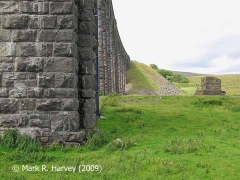 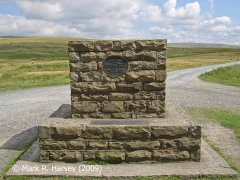 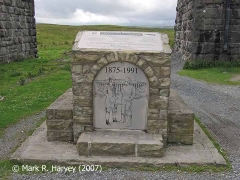 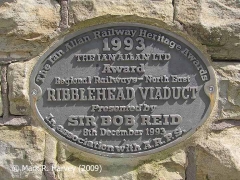 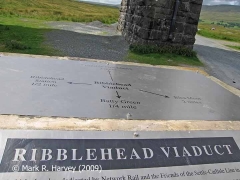 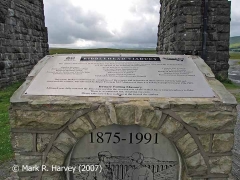