This was the transition point between the locomotive-hauled section of tramway (to / from the Ribblehead area) and the southern cable-operated inclined plane section (to / from Blea Moor Summit).

The archaeological remains suggest that there were three parallel transfer sidings here (in the form of loops) plus a single terminal siding (facing the Ribblehead direction) laid on an adjacent embankment. The relative position and orientation of the terminal siding suggests that it was probably used by wagons suppying coal for the winding engine at the adjacent access shaft for Blea Moor Tunnel (Access Shaft A - Structure ID 249530). This interpretation is reinforced by the fact that coal fragments have been found on the ground adjacent to the trackbed for the terminal siding. In the default image below: 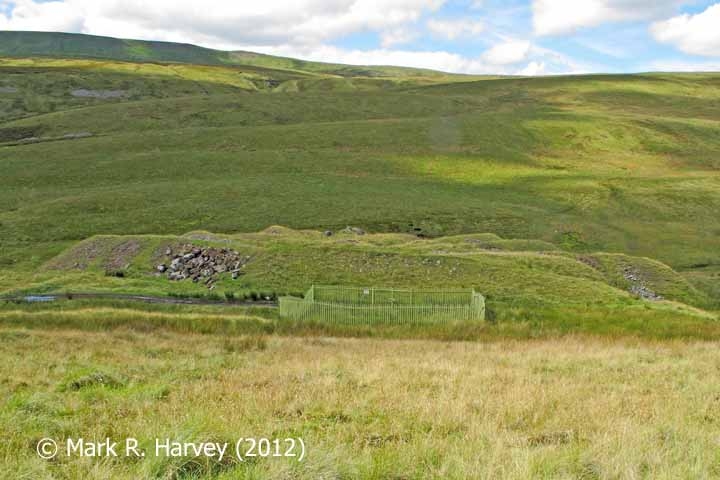 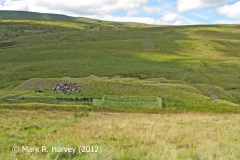