Gypsum (also known as alabastar) has been mined and processed in the Kirkby Thore area since at least the early 19th century.

In 1906, a siding was installed to serve the 'Thistle Alabaster Works' owned by T. McGhie & Co. Ltd. The siding was located on the 'Down' side of the Midland Railway Company's Settle-Carlisle line opposite milepost 282 and it was controlled by a 4-lever ground frame. (The latter is marked 'Lever Box' on the 1911 land plan.)

The siding was extended in 1968 for British Gypsum, who had taken-over the business of T. McGhie & Co. Ltd.

The sidings were altered again in 1994, when a new crossover was installed at the southern end of the site to allow freight trains to enter and leave the site from the south without having to reverse. The complexity of the new pointwork and associated signalling warranted the construction of a new signal box. To keep costs to a minimum, a pair of stacked portacabins were used and these still form Kirkby Thore Signal Box.

Since 1994, the site has received train-borne deliveries of 'desulphogypsum'. This is a by-product of the desulphurisation plants installed to reduce pollution at some of Britain's largest coal-fired power stations including Drax (North Yorkshire) and Ratcliffe-on-Soar (Nottinghamshire). However, the British Government's policy of phasing-out coal-fired power stations means that the supply of 'desulphogypsum' is gradually reducing, thereby reducing the number of trains needed to deliver it. (Unfortunately, the plaster and plasterboard products manufactured at the Kirkby Thore site are all transported by road rather than rail.) 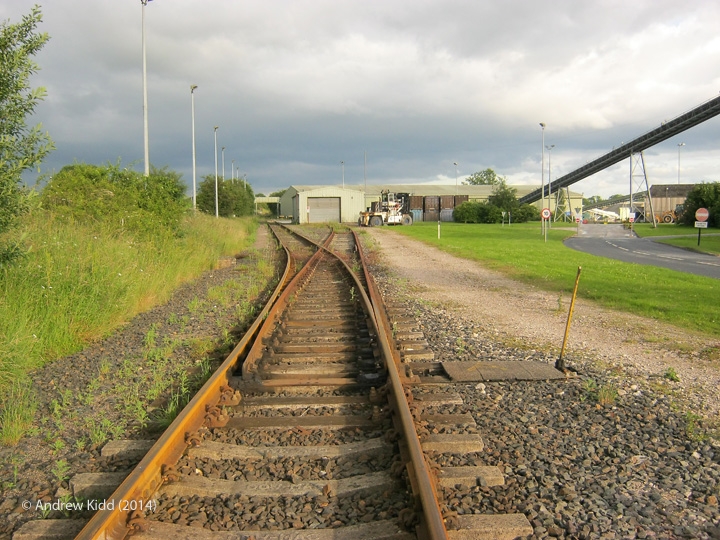 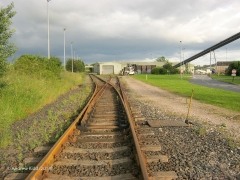 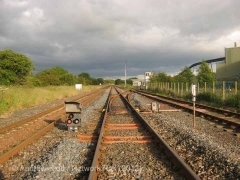 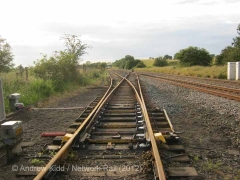 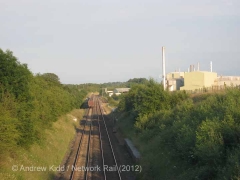 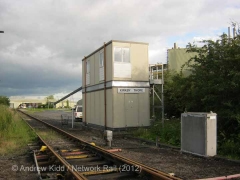 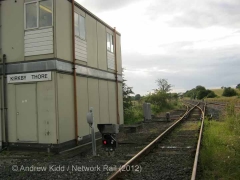 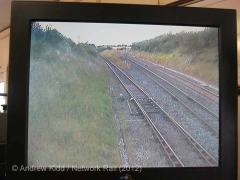 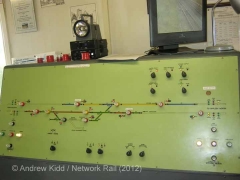