The turntable at Garsdale Head was installed primarily to turn the Midland Railway Company's 'banking engines'.

These extra locomotives were used to help heavy freight trains climb the steep gradients on either side of the summit at Ais Gill (approximately three miles north of Garsdale Station).

The turntable was operated by muscle power alone and adverse weather conditions could make it difficult to use. In winter, drifting snow would regularly clog-up the turntable pit, while strong winds at any time of year could significantly increase the amount of effort needed to turn a heavy locomotive. Those same winds could also make it nigh-on impossible to stop the turntable with any degree of accuracy. On one occasion (according to an oft-quoted tale), an exceptionally strong gust of wind made a locomotive spin around and around, completely out of control. The tale goes on to suggest that it could only be stopped by shovelling sand, ash, earth or ballast into the turntable pit. Regardless of whether or not this tale is true, it is certainly true that a protective fence / stockade was constructed around the turntable at some point in history. This is visible in some of the photographs below.

By the end of the 1960s, the turntable had became redundant due to the demise of regular steam-hauled services. Its key components (including the table and locking mechanisms) were removed during the winter of 1988 and transported to the Keighley and Worth Valley Railway (K&WVR). After renovation and repair, they were installed in the existing turntable pit at Keighley, where they have been in regular use since 1990. 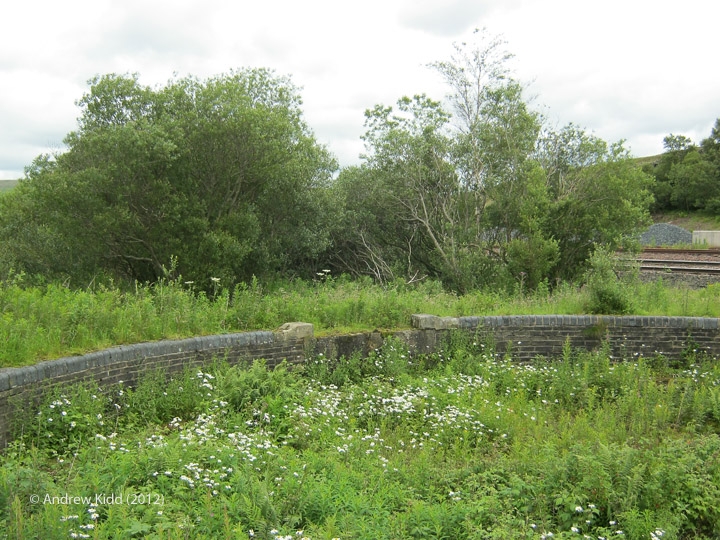 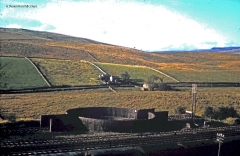 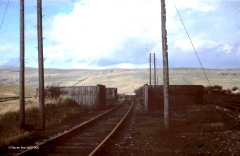 Garsdale turntable, viewed from the east 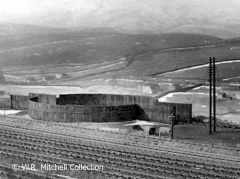 The derelict pit and bridge frame of Garsdale Turntable, viewed from the south 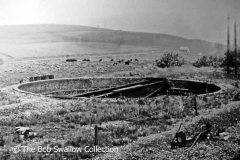 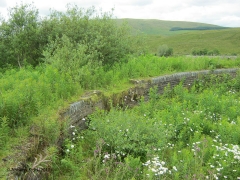 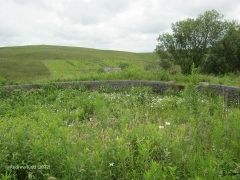 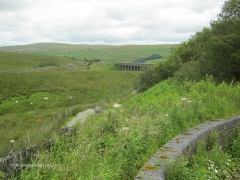 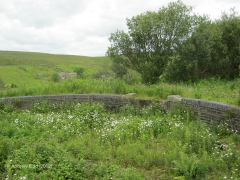 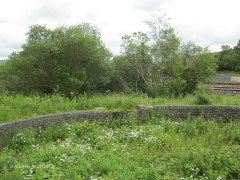 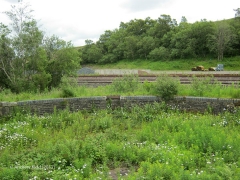 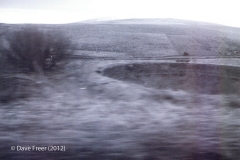 Garsdale turntable, viewed from the southwest 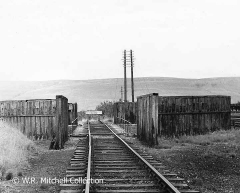 Steam loco no. 10899 in LMS livery on Garsdale Turntable, viewed from southwest