There is a long-standing tradition of marking the summit (highest point) of railway lines with special signs and this tradition has been honoured on the Settle - Carlisle Railway since at least August 1953 (and probably much earlier - see note 1).

The summit of this important trans-Pennine route lies at 1,169 feet above sea level and is located at Ais Gill, close to the border between the modern-day counties of North Yorkshire and Cumbria.

Note 1: The date when summit signs were first installed at Ais Gill is not known. However, historic photographs provide evidence of at least three different designs of summit sign on this site since British Railways installed 'replacement' signs on both the 'Up' and 'Down' sides in August 1953. 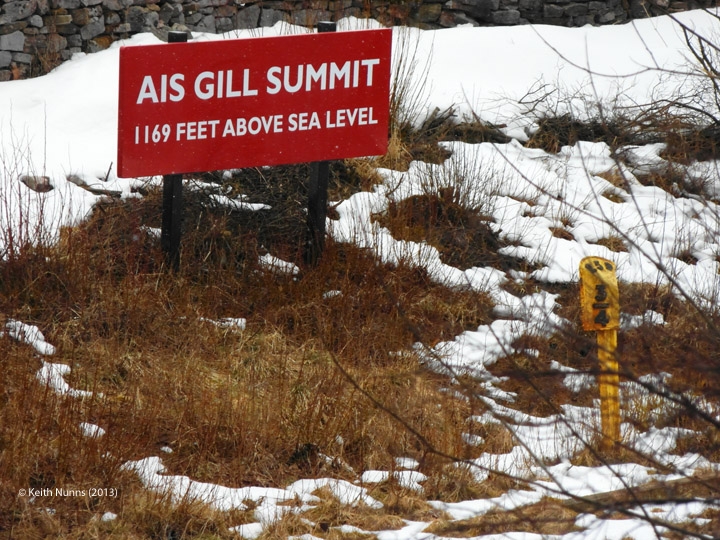 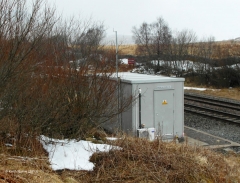 Ais Gill 'Down' side summit sign and Bridge SAC/136, context from SE. 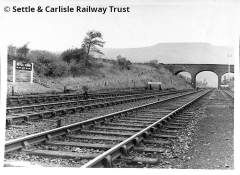 Ais Gill 'Up' side summit sign and Milepost 259¾, context from W. 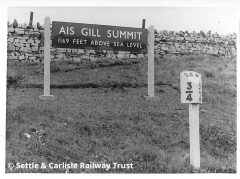 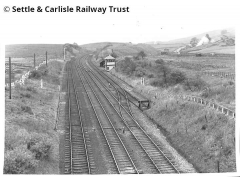 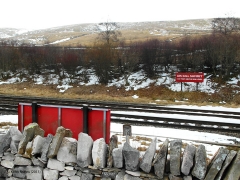 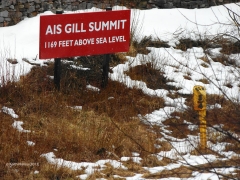 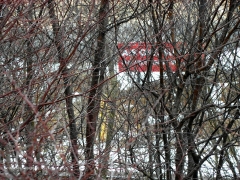 Ais Gill 'Up' side summit sign and Milepost 259¾, NW elevation. 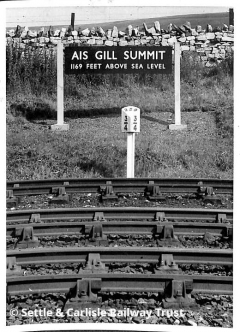 The summit sign beside the 'Down' line at Ais Gill in 1984 (SE Elevation). 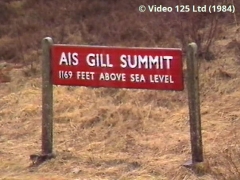