The first signal box at Helwith Bridge opened on April 11th, 1876. It controlled access to the adjacent block sections for the 'Up' and 'Down' main lines, the Ribblesdale Lime Works Sidings and, as a later addition, the ground frame release for the Helwith Bridge Granite Company's Quarry Siding.

The first signal box only lasted twenty years and its replacement officially opened on August 23rd, 1896. By 1958, Foredale Quarry (one of the two quarries served by Ribblesdale Lime Works Sidings) had become inactive. Arcow Quarry (the second of the two) continued to operate. However, an access road was constructed and its output was gradually transferred to road vehicles. The signal box closed on September 7th, 1969 and it was subsequently demolished. 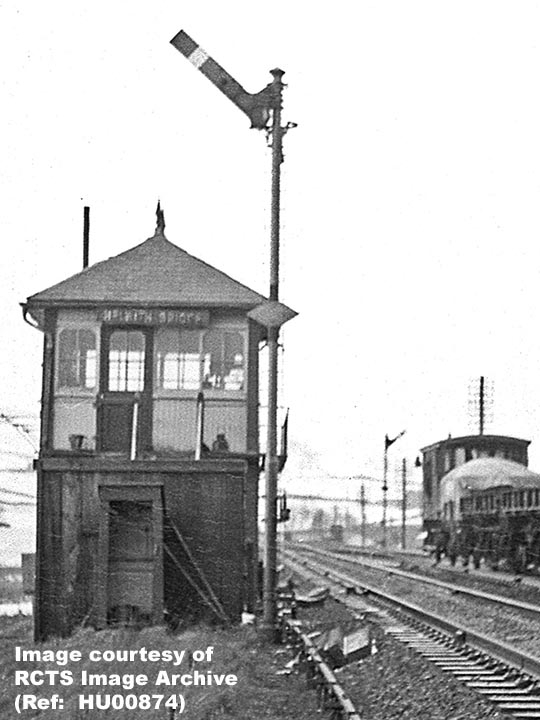 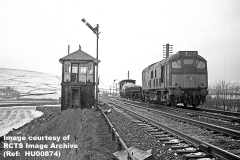 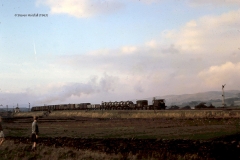 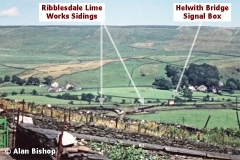 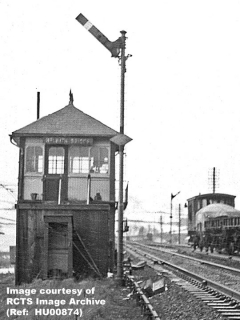