The Hawes Branch was a 5¾ mile stretch of railway linking the market town of Hawes in upper Wensleydale with Garsdale Head, where it joined the Settle and Carlisle Railway via Hawes Junction.

For political reasons, the branch line was included in the Midland Railway Company's 1866 proposals for a main line to link its existing network in Yorkshire with Scotland.

The Hawes Branch officially opened for goods traffic on August 1st, 1878 (three years later than the main line) and for passenger services on October 1st 1878.

Traffic levels on the branch were modest at best and the route was formally closed to all traffic on March 16th, 1959. It was reopened briefly during the infamous winter of 1963, but the reprieve did not last long and the branch was officially closed again on December 8th 1963. The track was quickly lifted, but the trackbed remains relatively intact (with the exception of a few missing bridges) and the alignment is now protected by the Yorkshire Dales National Park Authority.

Over the decades, there have been regular calls for the branch to be reinstated, the latest being a proposal by an informal group known as The Upper Wensleydale Railway - see:
https://upperwensleydalerailway.org.uk/ 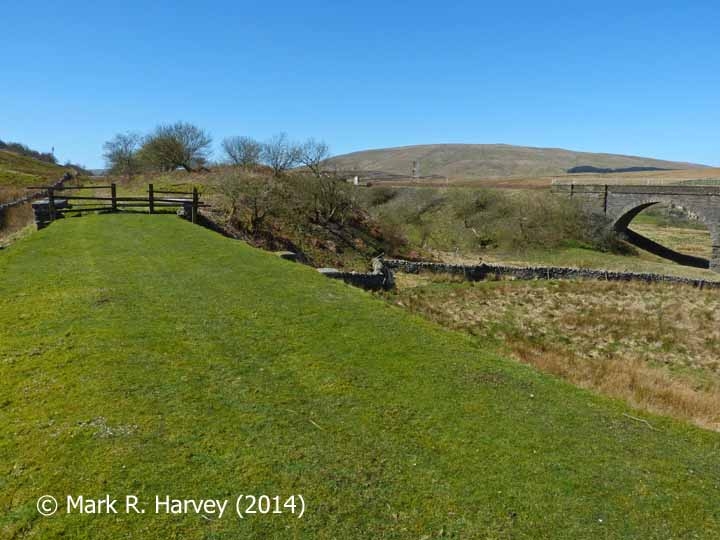 Trackbed of former Hawes Branch: View to northeast from Bridge 1 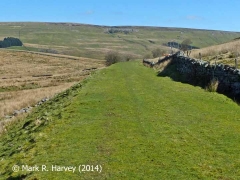 Trackbed of former Hawes Branch: View to southwest from Bridge 1 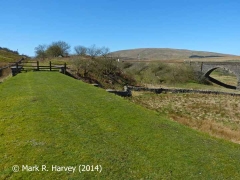 Garsdale North Sidings and trackbed of former Hawes Branch, from the SW. 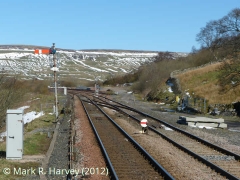